Here are just a few photos of Vlado’s “Tatusko”, Pavel Fabry, and some more of his charming illustrations. He didn’t seem to lose his enjoyment for living, or his sense of humor, even after all he had been through in Czechoslovakia. I have re-posted the C.V. of Pavel at the end of this, for those of you unfamiliar with this heroic human. I recommend you click on the drawings to enlarge – they are hilarious. 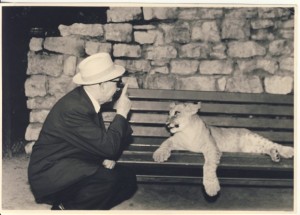 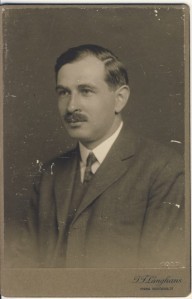 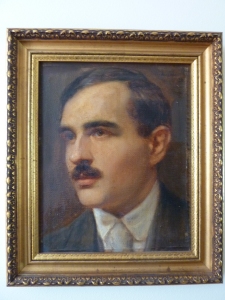 Pavel Svetozar FABRY, LLD, was born on January 14th, 1891 of an old family of industrialists and businessmen. After graduating in business administration, he studied law, attaining the degree of Doctor of Law; passed the bar examinations; and successfully completed the examinations required to qualify for judgeship.

During World-War-I, Mr. Fabry served as officer in an artillery division as well as in the service of the Army’s Judge Advocate-General. He became the first Secretary of the Provisional National Council established to prepare the liberation of Slovakia and the orderly transfer of its administration to the Czechoslovak Government. After the foundation of the Czechoslovak Republic, he was appointed Prefect (chief Government official) for the Eastern part of Slovakia.

When the Communist armies of the Hungarian Government of Bela Kun attacked Slovakia in 1919, Mr. Fabry was named High Commissioner Plenipotentiary for the defense of Eastern Slovakia. In this function he was entrusted with the co-ordination of the civil administration with the military actions of the Czechoslovak Army and of the Allied Military Command of General Mittelhauser. His determined and successful effort to prevent Eastern Slovakia to fall under the domination of Communist Armies – the victorious results of which contributed to the fall of the Communist regime in Hungary – drew on Mr. Fabry the wrath of the Communist leaders; they declared him the “mortal enemy of the people”, led violent press campaigns against him and attacked him overtly and covertly continually and at every opportunity.

After the consolidation of the administrative and political situation of Slovakia, Mr. Fabry left the Government service and returned to his private practice as barrister. He specialized in corporation law and his assistance was instrumental in the founding and expansion of a number of industrial enterprises. He became Chairman or one of the Directors of Trade Associations of several industrial sectors, particularly those concerned with the production of sugar, alcohol, malt and beer. He was elected Chairman of the Economic Committee of the Federation of Industries, and played the leading role in several other organizations. He also was accredited as Counsel to the International Arbitration Tribunal in Paris.

Among civic functions, Mr. Fabry devoted his services particularly to Church, acting as Inspector (lay-head) of his local parish and as member of the Executive Committee of the Lutheran Church of Czechoslovakia. His appointment as delegate to the World Council of Churches’ meeting in Amsterdam in 1948 prompted his arrest by the Communist Government.

Although Mr. Fabry never stood for political office nor for any political party function, he was well known for his democratic and liberal convictions, and for the defense of these principles whenever his activities gave him the opportunity to do so. He earned himself a reputation in this respect which brought him the enmity of the adversaries of democracy from both the right and the left. He became one of the first Slovaks to be sent to a concentration camp following the establishment of a Pro-German fascist regime in 1939. His release could later be arranged and he was able to take active part in the underground resistance movement against the occupant; for this activity the German secret police (Gestapo) ordered his pursuit and execution in 1945, but he was able to escape the death sentence. In spite of his resistance record (or perhaps because of it), Mr. Fabry was among those arrested by the Russian Army, on the instigation of the Communist Party which could not forget his anti-Communist activities dating back all the way to 1919. Due to pressure of public opinion Mr. Fabry’s imprisonment at that time was very short; but when Communist seized power in Czechoslovakia in 1948, they did not miss the opportunity to settle accounts with him. He was removed from all his offices, his property was confiscated, he was imprisoned and subjected to a third degree cross-examination taking six months. No confessions of an admission which could have served as a basis for the formulation of an accusation could, however, be elicited from Mr. Fabry, and he managed to escape from the prison hospital where he was recovering from injuries inflicted during the examination. He succeeded to reach Switzerland in January 1949, where he has continued in his economic activities as member of the Board of Directors, and later President, of an enterprise for the development of new technologies in the field of bottling and food conservation. He was also active in assisting refugees and was appointed as member of the Czechoslovak National Council-in-exile.