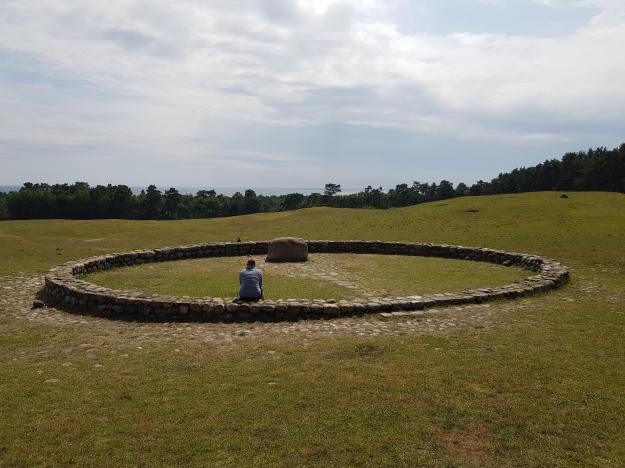 In memory of Dag Hammarskjold on his birthday, a photo of the meditation ring from his summer house, at Backåkra. This was sent to me by my dearest friend in Sweden, tack så mycket!